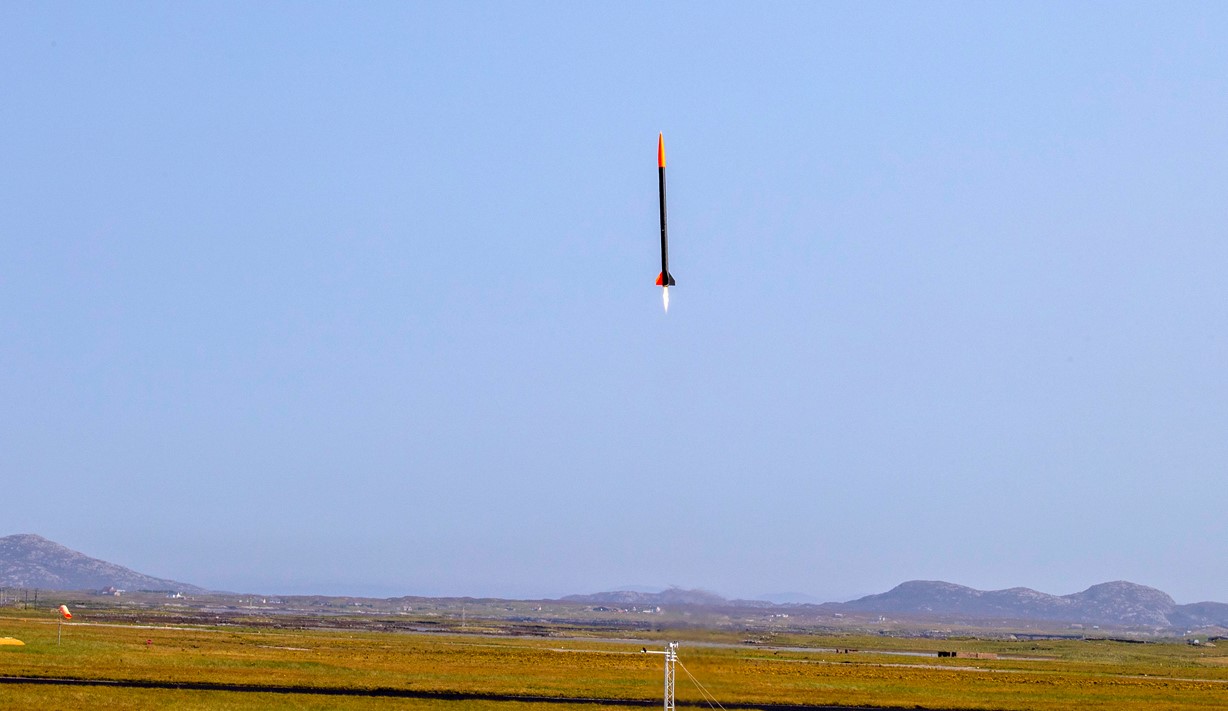 A historic UK first has taken place in the Outer Hebrides today (Thursday 26th August) with a unique commercial space launch conducted by a wholly-owned British company and a Scottish spaceport team.

ADA took off from Benbecula marking a successful launch for Spaceport 1, the consortium led by Comhairle nan Eilean Siar (Western Isles Council), which aims to open at Scolpaig, North Uist, in 2022. From this base, commercial sub-orbital space launches will begin to take place from within the UK.

The landmark launch moment represents a key milestone for this unique commercial partnership between Spaceport 1 and Gravitilab, providing proper physical evidence of how companies can work together commercially under the new Government space framework to deliver a successful rocket launch from the UK.

It is a significant step in the history of Gravitilab, which aims to make space more accessible by providing reliable and affordable microgravity research and testing services. ADA is the company’s first rocket designed to offer this, and the sub-orbital launch at Benbecula Airport is part of the company’s ongoing development programme.

It also comes just weeks after the Government’s new framework to regulate the space industry came into force. This framework has the potential to thrust Scotland and the UK into the global forefront of the growing space sector making spaceport developments and space launches a reality.

For Spaceport 1, this offers the opportunity to become a working, viable commercial spaceport, as it looks to complete its site by 2022, with full commercial operations commencing in the same year.

Other Gravitilab launch vehicles in the pipeline also reference great pioneers in the field of discovery and science, including ISAAC (Newton) and MAX (Plank), as well as a unique UAV drone vehicle named LOUIS (Breguet).

Mark Roberts CBE, Spaceport 1 Programme Director, said: “This is a historic moment for Spaceport 1, the Outer Hebrides, Scotland and the UK. Our unique partnership with Gravitilab allows us to improve our procedures and progress towards a viable spaceport in North Uist.

“It opens up not only a route to space for inclusive, enterprising ventures like Gravitilab, but also offers this remote area of Scotland a chance to build a thriving business, bringing much-needed quality jobs to this region.”

Rob Adlard, Technical Director at Gravitilab Aerospace, said: “This launch is a hugely significant moment for Gravitilab. We have launched rockets before, but ADA is a step change for us as it is the rocket that is going provide a template for a future scaled-up programme that will significantly enhance our space access and microgravity service.

“Our work is offering microgravity as a research tool and testing service, which has not been offered commercially in the UK before. Everything from climate change science and driverless cars need assets in space. Our aim is to be part of this supply chain for small satellites that will transform the UK’s position in the world in the space sector.

“This launch is testament to the hard work of our team, Spaceport 1 and our investors.”

Roddie MacKay, Leader of Comhairle nan Eilean Siar, said: “The Spaceport 1 project presents a significant economic opportunity for the Outer Hebrides as it will create new jobs, support diversification within existing sectors and attract academic, research and innovation developments to the area, such as we see happening with this partnership with Gravitilab.”